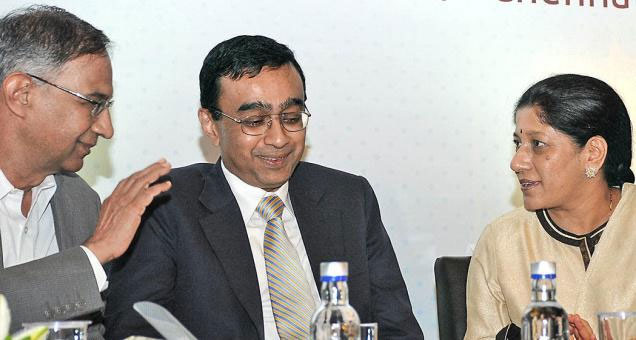 Indian companies can use their knowledge of local markets to take on multinational competition and need not always depend on foreign partnerships, according to Mallika Srinivasan, Chairman and CEO, Tractors and Farm Equipment Ltd.

Companies need to ‘demystify technology and invest to build capability’, she said.

Tractor manufacturer Tafe had used this local knowledge, introduced new products and models relevant to farmers. The company had also adapted the lessons to expand abroad, she said.

Last year, the Amalgamations group company had introduced 50 variants into the export markets spanning over 75 countries.

Addressing a function to felicitate her on being conferred the Padma Shri by the Government of India, Srinivasan said Indian companies need to continuously evolve to avoid being ‘boxed in’ as a local player.

Viji Santhanam, Joint Managing Director, Brakes India, said under Srinivasan’s leadership, Tafe had evolved from a low key player to being one of the largest manufacturers of tractors globally. In addition to business acumen, she also focussed on corporate social responsibility and supported education and healthcare intiatives.

N Murali, Co-Chairman, Kasturi and Sons Ltd, said she was also a leading patron of arts and social causes. 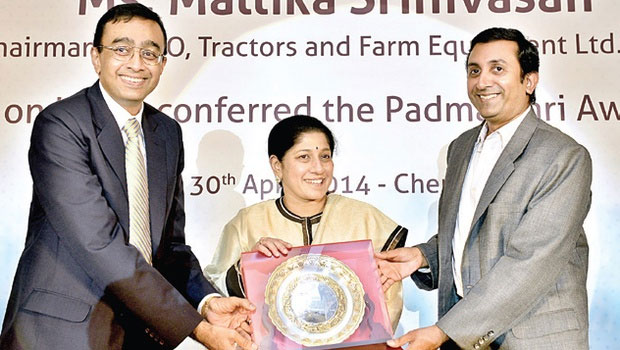 It is low cost innovative lab models  that has shaped tractors and farm equipment of TAFE to have a presence in 75 countries, according to the company chairman and chief executive officer Mallika Srinivasan.

Speaking at a function organized by Madras Chamber of Commerce and Industry to felicitate her on being conferred the Padma Shri Award, Mallika said when the markets opened, TAFE played to its strength rather be in awe of technology prowess of multinational corporations.

“We came up with a distinctive strategy that is to play to our strength, be innovative and also cost effective,” she said.

“Understanding of Indian market was our biggest strength. Through market understanding, we sought to translate it into various initiatives,” she said.
Her advice for Indian companies: “Don’t rush for joint ventures to get access to technology. Rather, demystify technology and invest in it,” she said.

She said the key to success of TAFE was its investment in technology. “We had a technology agreement with a network of institutions. Our aim was that transfer of knowledge should be in the company and in the internal team,” she said. It is the Indian model that helped TAFE penetrate new markets. She also urged the Indian companies to move forward with an ambition and vision institutionalising the organization and build manufacturing enterprise. 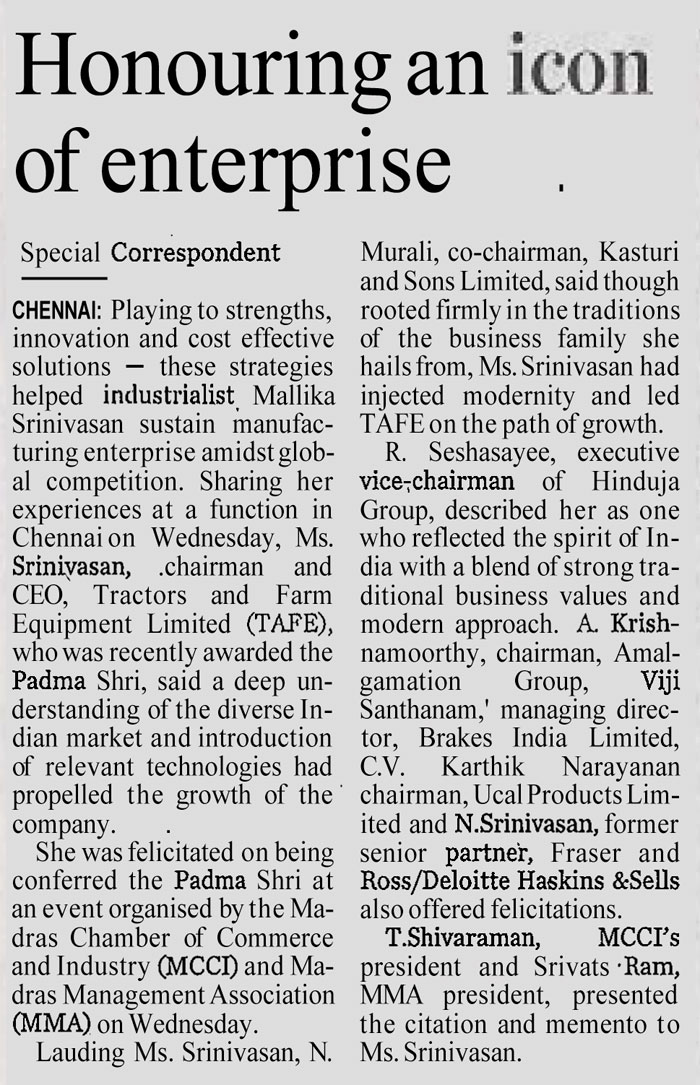 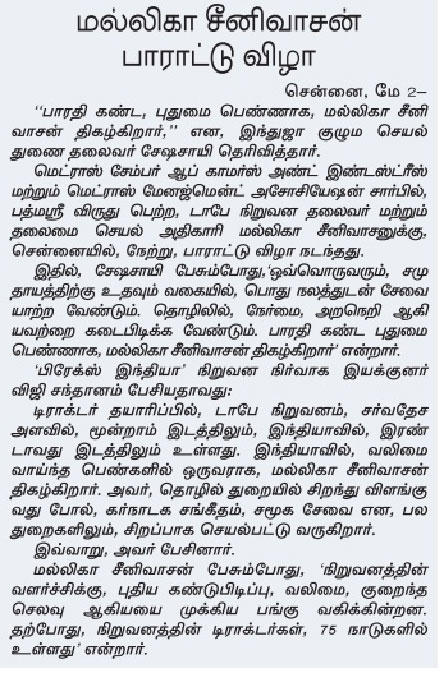 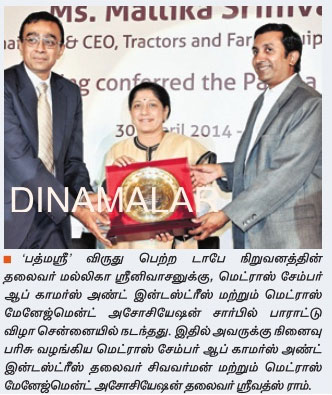