It is important for businesses to stay optimistic in the current environment of slowdown, C.K. Ranganathan, chairman and MD of CavinKare said.

“Yes, you need to be cautious. But too much pessimism is also not healthy. Even people who are doing well are shy of saying they are doing well,” he said while speaking at the 183rd annual general meeting of The Madras Chamber of Commerce and Industry.

He elaborated on his journey as an entrepreneur and said seven key stakeholders had to kept in mind — customer, employee, vendors, financial institutions, government, society and shareholders. He said one of the key things was paying vendors and employees on time. Mr. Ranganathan also said the company thought out of the box for recruitment of talent. For example, he pointed out that the firm’s marketing head is an engineer. 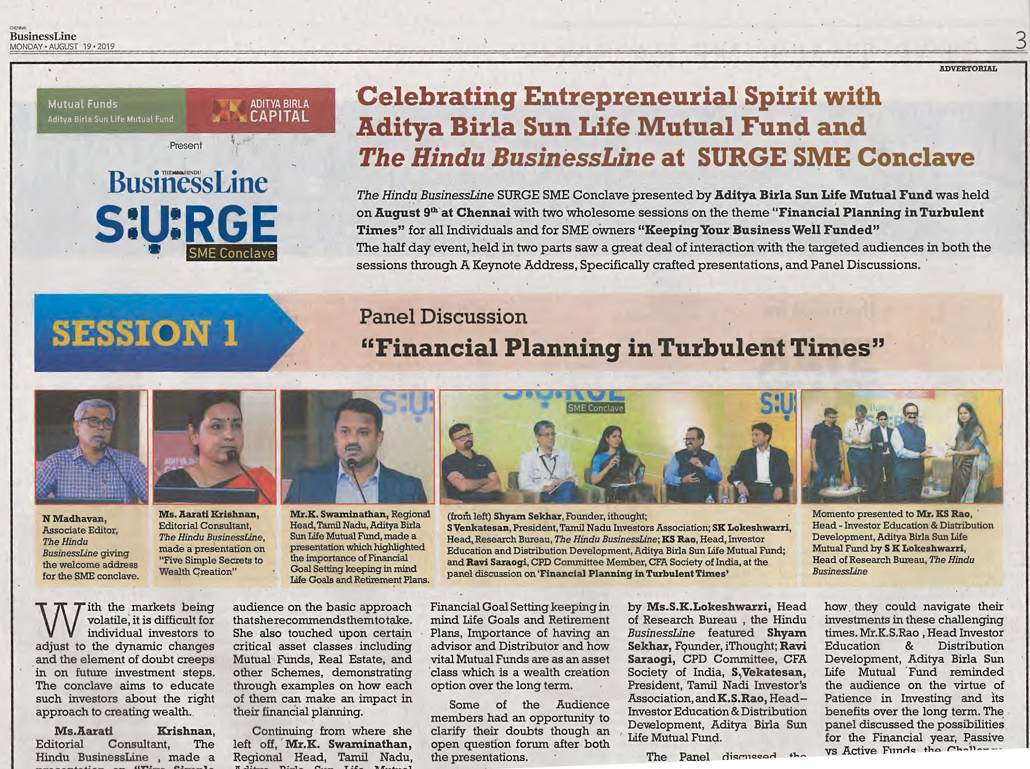 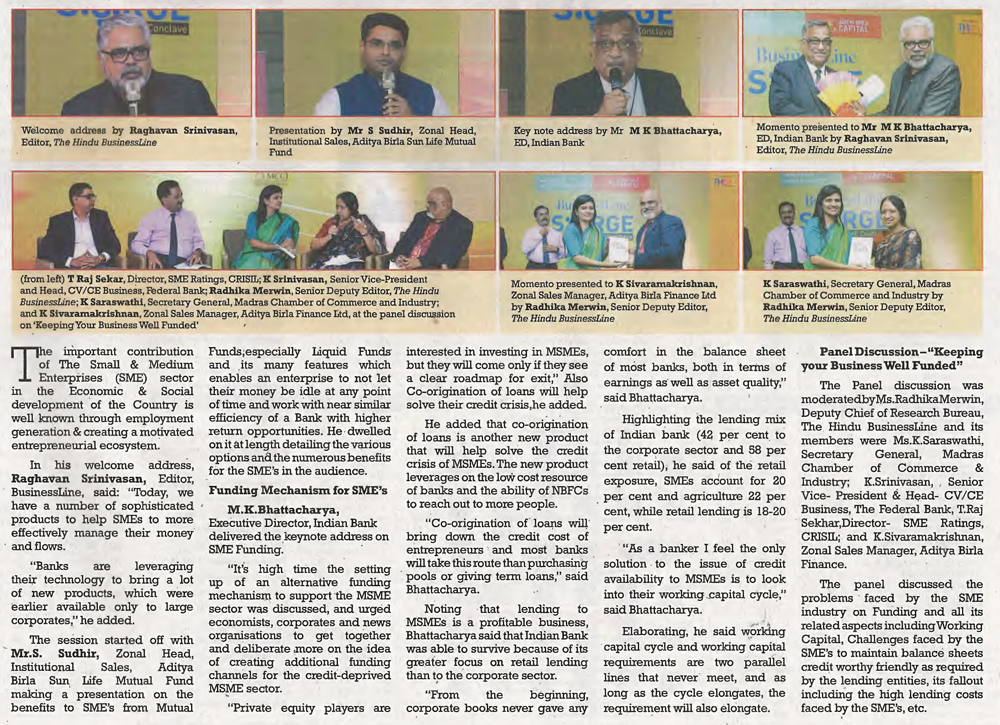 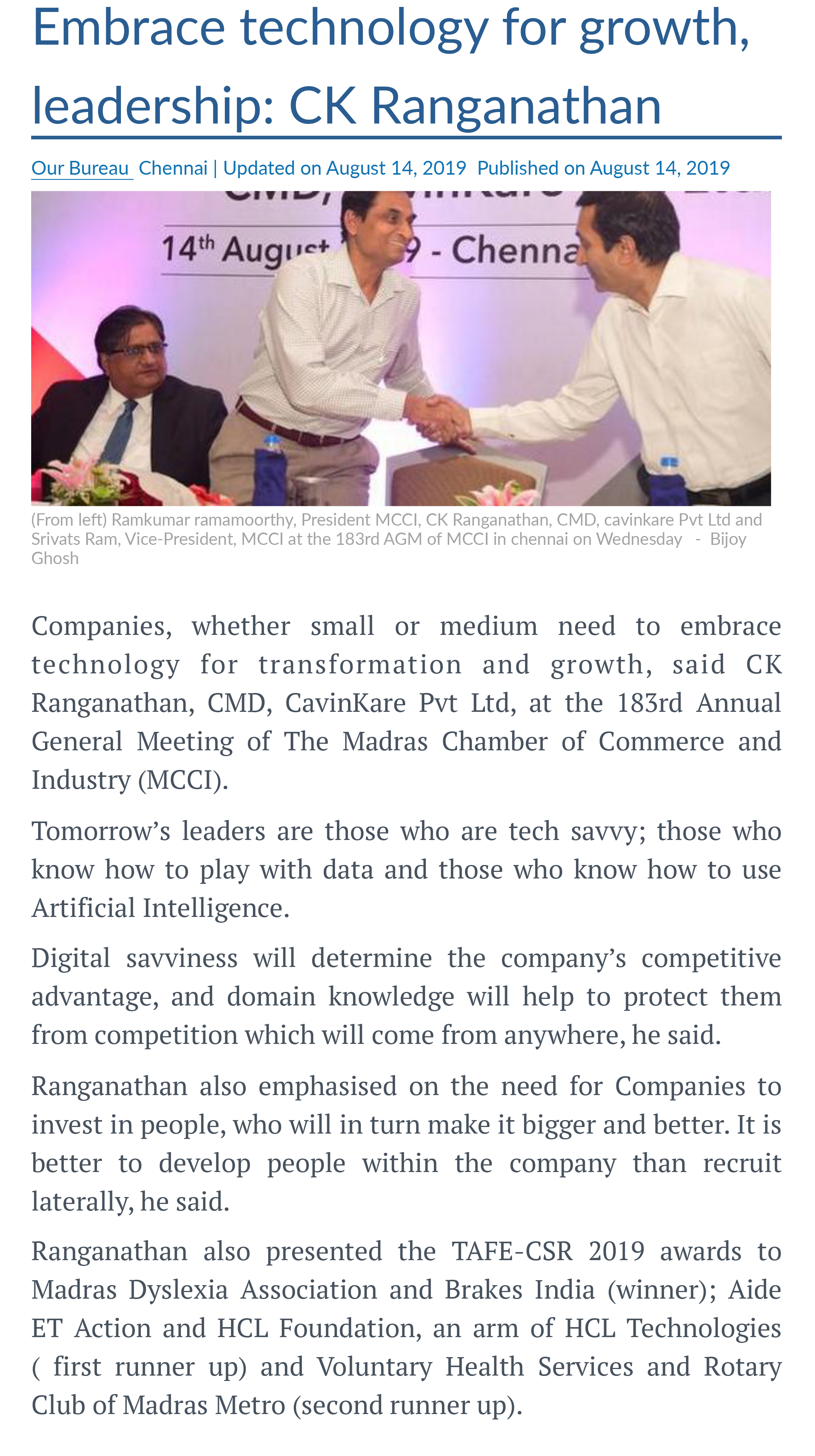