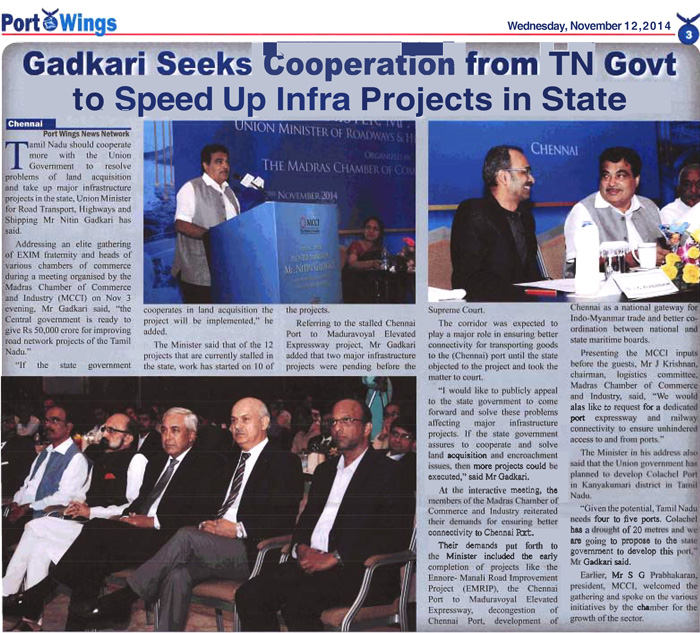 The Ministry, after observing that the Motor Vehicles Act 1988 was old and required modifications, announced its decision to change it recently – Business Standard – 4th Nov

After proposing to modify the Motor Vehicles Act 1988, the Centre is now planning to change rules for the Shipping Industry, Union Transport Minister Nitin Gadkari has said.

"In Shipping we are very much backward. We need all kinds of infrastructure. All laws are old. It should be thrown out," Gadkari said at a meeting organised by the Madras Chamber of Commerce and Industry here late last night.

The Ministry, after observing that the Motor Vehicles Act 1988was old and required modifications, announced its decision to change it recently.

"We have the 1988 Motor Vehicles Act. We are going to change it. We do not need an RTO (Regional Transport Office). There was corruption of crores of rupees (in RTO offices) and we are going to stop it," he said.

"We need to bring in transparency. We have already started the process. If somebody was seen violating rules through the online system, immediately we can cancel his license or see what are the earlier violations he has done," the minister said.

"One company has come forward to do one ship building project. Similarly, we are also looking at ship breaking projects," he said.

Similar to Roadways, Gadkari said, the government has planned to come out with a consultancy in which 500 projects in the defence sector would be cleared.

"In defence, now we have decided to have a bank for 500 projects through DPR. We are making a DPR (detailed project report) and setting up a Project Management Consultancy. For the consultancy, we are giving them responsibility and 500 projects would be cleared without any delay," he said. 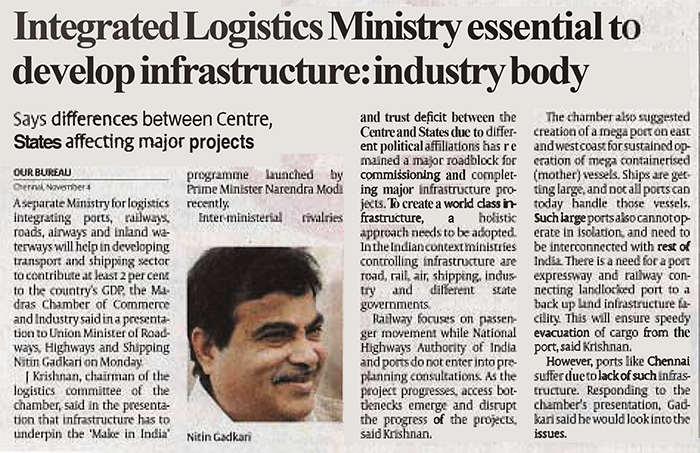 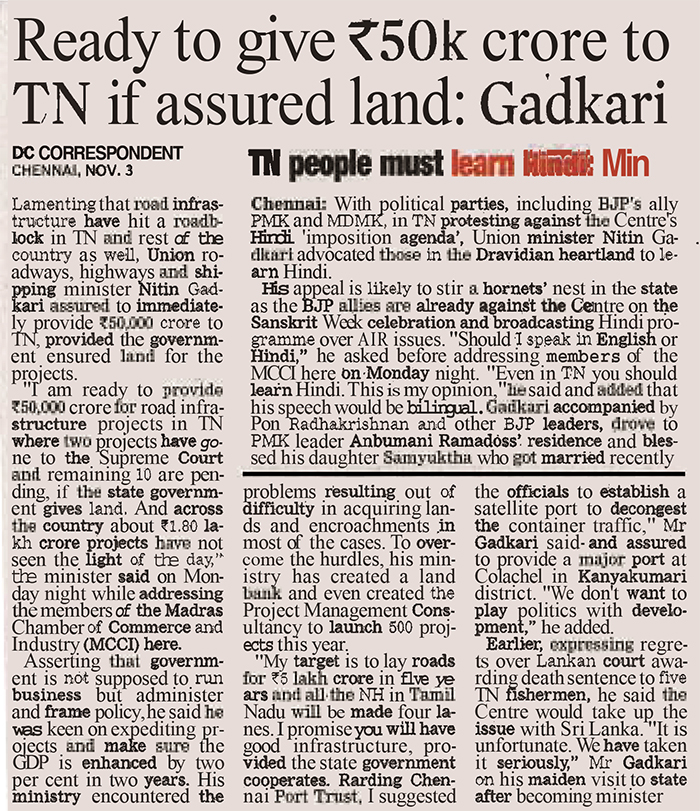 Noting that the government was focusing more on concrete roads instead of bitumen, he said, "my target is within five years we have to develop Rs five lakh crore of road networks (across the country)".

"I am making a public statement. My request to state government is they should coordinate with us. We will sit and discuss. Our intention is to develop good infrastructure. Land acquisition is very important and difficult task," he said.

Observing that 12 projects concerned with Tamil Nadu were in progress, he said 10 projects had been taken up while two projects were under litigation in the Supreme Court. On the Shipping related projects, he said India was very much backward due to lack of infrastructure and lot of initiatives need to be taken up.

"We need ship building and ship breaking projects. We are searching for joint ventures," he said.
"Even in the meeting we had today, we decided to develop Kolachal Port in KanyakumariDistrict in Tamil Nadu," he said.

He said the government was mulling to change the 1988 Motor Vehicle Act and bring in more procedures ensuring "efficiency" and "transparency".

"We don't want to play politics. I have taken responsibility that we should increase two per cent of GDP in two years at least in my sector," he said.

Earlier in the day, Gadkari, who is on a two-day visit to Tamil Nadu, interacted with top officials of Chennai Port Trust and Ennore Port Ltd here.

He is scheduled to make an aerial visit of Sethusamudram project Tamil Nadu tomorrow. 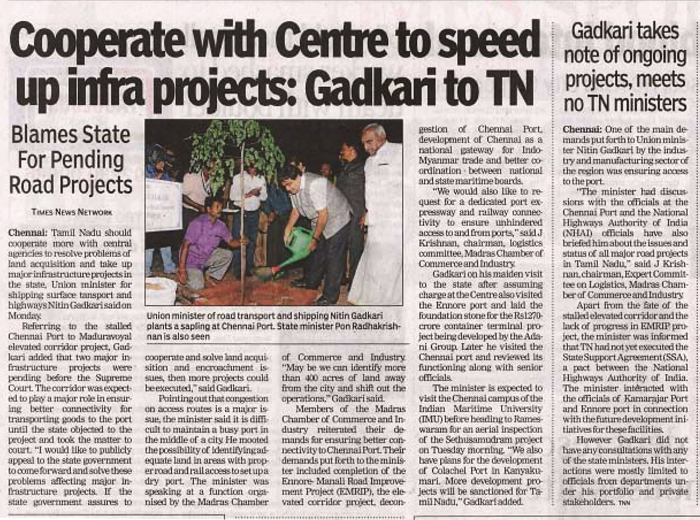 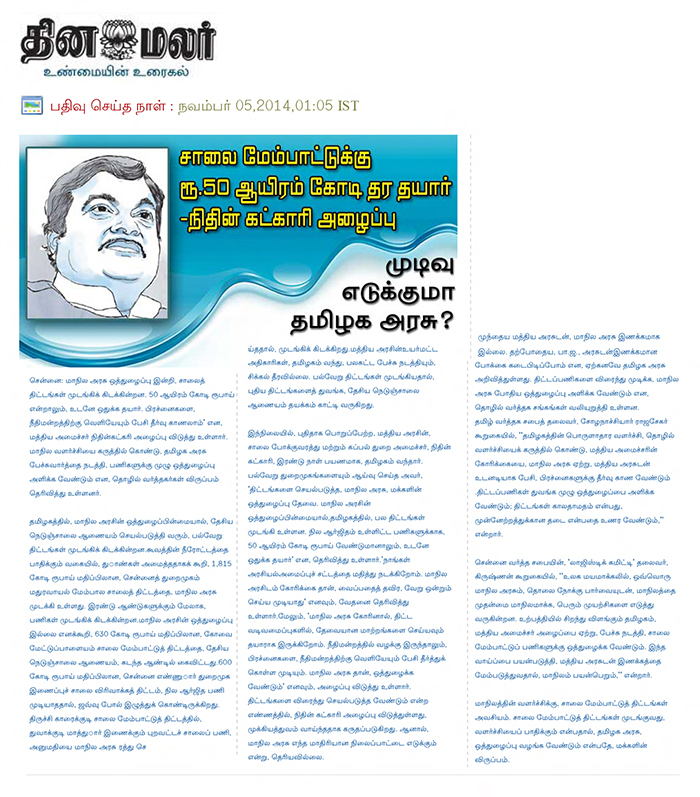