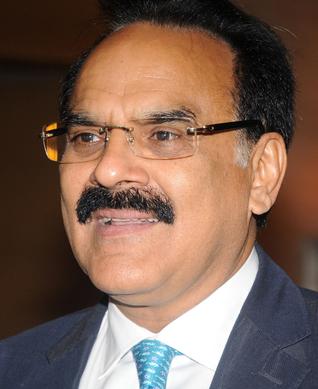 Finance Secretary Arvind Mayaram also said the government was confident of bringing down the Consumer Price Index close to 6 per cent.

The economy is moving towards a regime of lower interest rates and can see a growth rate of over 7 per cent in three years, Finance Secretary Arvind Mayaram said. “We are moving towards a regime where inflation should come down. Going forward, it must come down,” he said speaking at the anniversary programme of Madras Chamber of Commerce and Industry (MCCI) here on Monday.

However, Dr. Mayaram said he was not sure at what point the Reserve Bank of India would be comfortable, but said he was confident that interest rates should come down sooner than later due to the measures such as containing borrowings taken by the government.

The Reserve Bank of India will announce its monetary policy on Tuesday, and is expected to maintain its status quo on interest rates.

Once inflation came down, savings would go up and that would create liquidity for lending mainly to small and medium scale businesses, he added.

“Our potential growth rate is about 8 per cent. It is going to take time, because lot of steps need to be taken to get there. In the next three years we should reach 7 per cent,” he added.State Govts must reform to benefit from Central initiatives: Mayaram – The Business Line – 30th Sep

State Governments have to implement reforms to fully exploit the opportunity presented by the Central Government’s initiative to create an investment-friendly climate, according to Arvind Mayaram, Secretary, Department of Economic Affairs.

While the Centre can address the overall economic environment, actual investments happen at the State-level and spark real economic growth. With the fiscal consolidation process firmly on track, the country can reach 7 per cent growth in three years.

Addressing the annual day function of the 178-year Madras Chamber of Commerce and Industry, he said State governments must create a facilitating environment for growth.

The Centre will request States to introduce self-certification or third-party inspection in place of government inspections of commercial enterprises to bring down paper-work, he said.

Changes are also needed in a range of areas such as provident fund, labour and factory laws. Government inspections will have to come down because the bureaucracy simply cannot cope with the volume of work associated with 7-8 per cent growth, he said.

The industry too should reciprocate with increased compliance.
India is on track in fiscal consolidation by controlling fiscal and current account deficits and reining in inflation. Standard & Poor’s, which had downgraded India to negative a couple of years back, has restored the rating to ‘stable’ following the Government’s commitment to reforms and fiscal consolidation. The Government is confident it can sustain a growth rate of about 5.7-5.9 per cent, which will mean a further upgrade and restoration of investor confidence.

Overall, the country is moving towards a regime where interest rates must come down ‘sooner rather than later,’ he said. 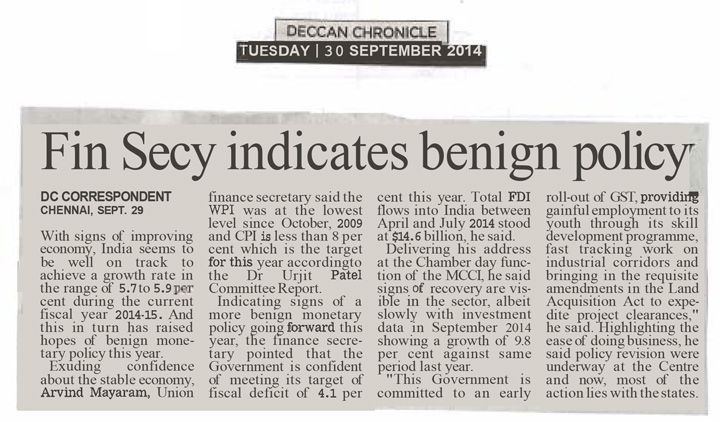 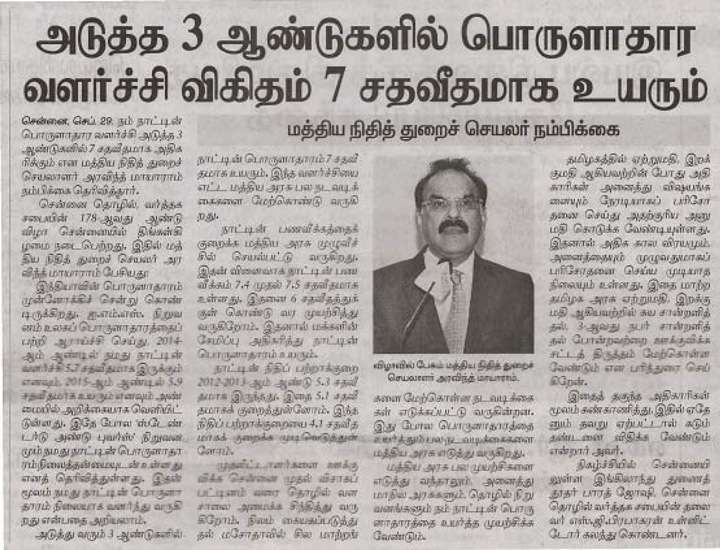