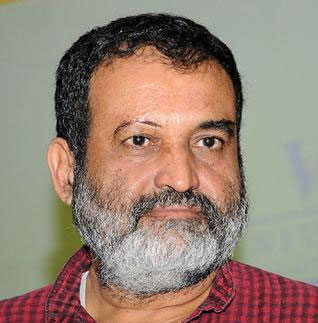 Design is a critical component of innovation’
CHENNAI, JULY 1:

India needs to invest more on research and development to move forward and compete with the rest of the world, said TV Mohandas Pai, Chairman, Manipal Global Education Services.

Particularly, he said, educational institutions need to focus more on research than just teaching, in this age of technology where every piece of information is available at the click of a mouse.

Addressing the 179{+t}{+h} Annual General Meeting of the Madras Chamber of Commerce and Industry here on Wednesday, Pai said India needs to innovate and create products that have a competitive edge in terms of design and technology.

“An iPhone costs ₹30,000, and people are ready to buy it because of its unique design. Design is a critical component in innovation and if we want to move forward, we have to invest in design, research and creative people.” India has an enormous pool of engineering talent with high design capabilities; it should leverage that talent, he said.

Pointing to India’s demographic dividend, he said while most other countries, including Japan, Russia and several European nations , are grappling with an ageing population, India should cash in on its strength.

Start-ups are important and should be encouraged since the revolution which is capable of creating three million jobs in the next 10 years could change the Indian economy. India currently has 16,000 start-ups, and in the next 10 years it is expected to cross the 1,00,000-mark, translating to over $500 million business, he said.
Earlier, Rajiv C Lochan, Managing Director and CEO, Kasturi and Sons Ltd, said organisations should act as catalysts in driving young talent and nurture them to accelerate growth.

SG Prabhakharan, President, the Madras Chamber of Commerce and Industry, said the problem the country faces is that it does not have enough skilled talent pool, and hence the objective should be to skill people and make them employable.

Creating an ecosystem that encourages entrepreneurship by funding and mentoring is the need of the hour, he said.

The start up environment in the country is expected to see a growth to 100,000 start up firms employing three million people and creating a value of $500 billion in next 10 years and a recommendation to implement a nine-point policy to promote the start up growth has been made to the government in this regard, said T V Mohandas Pai, chairman, Manipal Global Education Services and chairman of Aarin Capital Partners.

Delivering his speech as the chief guest of 179th Annual General Meeting of Madras Chamber of Commerce and Industry (MCCI), he said, "In the next 10 years, we are going to have this start up revolution and that is going to change the country. India has 16,000 start ups, 3,500-4,000 start ups happen every year. This, we believe in 10 years is going to go up to 100,000."

He added that in 1998, the National Democratic Alliance (NDA) wrote a 108 point programme for IT, which lead to the creation of a $160 billion industry, 3.5 million people employed and $100 billion of software, and 60 per cent of the world's outsourcing come to India.
Twitter